Hey guys! Today we have a list of really funny anime, the type that just makes you laugh silly and chuckle randomly in hallways when you remember after a while, let’s dive in: 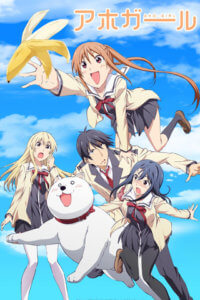 Now this is a really amazingly done anime if you’re familiar with any Japanese at all then you should know from the title that Aho (or Baka) translates to Stupid so this simply means that this anime is about a Stupid Girl, who for some reason or maybe a strange relation to monkeys absolutely loves bananas, now doesn’t that just sound like a hoot, definitely enough for it to make you chuckle. 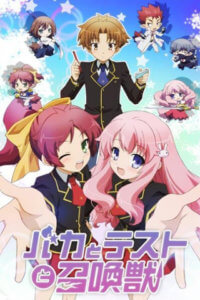 In a particular high school in Japan, a different unique system of education is put in place and this system is called the Summon system where based on your test scores and ability you can summon a type of avatar, sounds amazing right! Oh but there’s a catch I mean of course there’s always a catch, students in this school are separated into classes ranging from A to F based on merit and test scores but here is the catch, from A down to F the quality of equipment and other things needed get worse as you go so A class ends up having the best stuff in school while F class is left with just basic necessities, with our protagonist thrown in the F class will they be able to use the Summon system to get better their lives and obviously provide amusement for you, well you should go check it out. 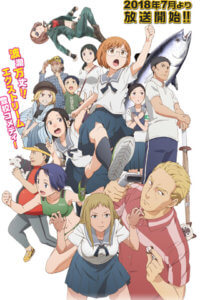 Now this particular anime is highly recommended, it tells the story of a young hardcore gamer girl with slightly above average athletic skills who just wants to live an average life in high school complete with average looks and grades but it doesn’t exactly tell the story of her school life but rather her life on the way to school be it with her friend, friends or by herself every episode is very entertaining and funny. 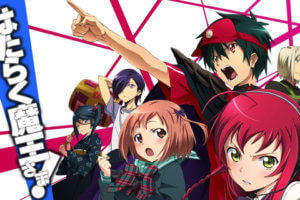 From the name of this anime it already shows a pretty funny twist that isn’t common in anime at all because most Demonlords have overwhelming power and are usually evil it would be really strange to see one working as an ordinary human, but as this particular protagonist was chased out of his own world to another human realm where magic is extremely limited he has no choice but to get used to the new ways of the world and earn a living by working as a part-timer, sounds exciting doesn’t it? Have a look at this. This is another school comedy anime but our protagonist here is actually a heroine. As the Student Council President she has to always look tough but when a particular guy comes into her life to always tease and confuse her oh and also profess his love for her this romcom also makes it to this list as it has a lot of really funny scenes and a rollercoaster of emotions we think you’ll definitely have fun with this one. 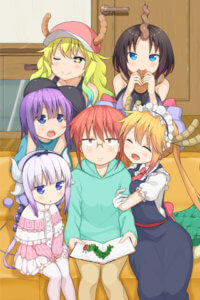 This anime has a very interesting storyline that just amuses you at every turn, so the protagonist here manages to save a dragon one drunken night and invites the dragon back to her place to live with her and that sets off this very entertaining and funny anime designed to make you laugh out of your chair. 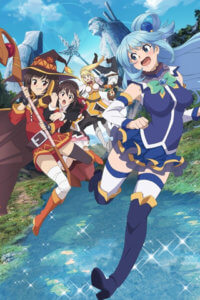 Spending all day playing games and watching anime seems like the right way to do things for a shut-in student right but when our protagonist goes out and ends up “saving a girl’s life (LOL)” you’ll get why this statement is so funny when you watch this, he ends up losing his life in the process and is brought before a goddess who tells him he can be reincarnated in another fantasy type like world and also he can take along any one thing he asks for, be it a magic sword or an awesome skill but he asks for the goddess herself things get really interesting with their new life in this new world definitely a must-see. 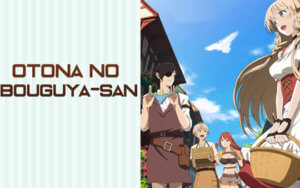 This is a series of short episodes in an RPG fantasy world where a young adventurer walks into an armor shop to well obviously buy armor, but he is met with a lot of armor that seems indecent or rather risqué but when he hears about their debt situation from the slightly perverted manager he decides to help in the shop oh well and also because of the beauty that works there also and tries on the risqué armor every once in a while, really funny anime with unique characters as well. 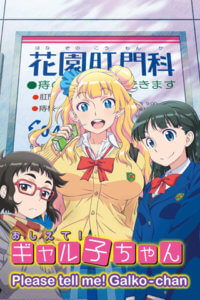 This is also another anime with short episodes of comedy set in high school with the protagonist who is a “gal” and each episode is a question posed at the protagonist to answer, also a really funny anime that would be awesome to check out if you don’t mind really short episodes and also a lot of ecchi involved. Now if this is your first time watching anime this is one I definitely would not recommend as it has a lot of really hardcore scenes filled with a whole lot of ecchi involved but if you don’t mind that sort of thing then this is definitely the anime for you. Set in a former all-girls but newly turned co-ed high school, when the school gets its first set of just 5 boys who have a well normal teenage sexual appetite and they all decide to break the rules and peep on the girls’ bathroom but they are caught by a secret group of girls that call themselves the Underground Student Council and are put into a literal prison set up on school grounds, these boys must now devise ways to survive in this school. Definitely, a must-see anime if you haven’t yet. 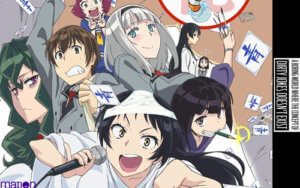 In an ordinary world, born to an ordinary couple with a rather silly father and a bit of an airhead mother is a baby with psychic powers and amazingly strong ones at that, from bending spoons to literally bending everyone in the world to his will this wonder boy seems to be able to do it all but he just wants to live an ordinary life without people finding out about his psychic abilities, but of course with every great anime there are plot twists and those are what exactly make this anime so entertaining, definitely check this out! 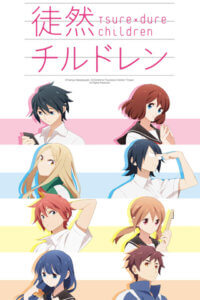 This is mostly focused on the love stories between a lot of different couples and characters as the name suggests but also in this romcom are very entertaining comedy bits that make it able to be on this list of comedy anime to watch, you definitely want to check out this anime if you haven’t yet.

And that is it for this particular list of Comedy anime we recommend to you to definitely see if you haven’t already yet from us here, we hope you enjoy it cause we did.