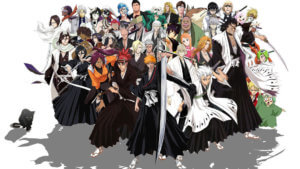 Kurosaki Ichigo is a teenage high school boy in karakura town with an ability to see and interact with spiritual entities.

His life overturns when he tries to save a spirit from a hollow ( a malevolent monstrous spirit being who feeds on spiritual energy). There he witnesses a clash between the said hollow and Kuchiki Rukia, a female Shinigami( literally, Death God), A soul reaper  who’s purpose is to perform the act of soul-cleansing on hollows and help guide souls to the afterlife(soul society; a place where departed souls reside and are looked over by squads of shinigami) . He is targeted by the same hollow due to his high spiritual energy, putting him and his family in danger. Although the attack is partly foiled by Rukia again, not after being injured and unable to continue the fight, which leads to her transferring her powers to Ichigo in order to save his family. Hence the adventurous start of Ichigo’s journey, accompanied by his spiritually endowed friends and classmates into the world of spirits and fantastic existence. And it doesn’t take long for them to realize that hollows aren’t the only threat to humanity.

OK! Bleach is one of the really popular mainstream shonen anime, and hardly would anyone delving into the enticing world of anime not encounter this much talked about series. This has led to it garnering a lot of fans, lovers and haters alike. The popularity has made the series to be painted in flowery neon light and is strongly debated amongst fans and lovers of other mainstream anime.

True, Bleach is an inviting anime with quite an interesting setting; the spiritual environment, padded with the concept of hollows, soul reapers, zanpakuto; (a shinigami’s unique weapon with specified name and abilities, which are dependent on the personality of the wielder). like Noragami, which possesses insight into the weapon itself as consciousness and possessing a will, or Rurouni Kenshin which seems to focus more on skill and swordplay. Bleach joins the two concepts into one impressively efficient relationship between skill, weapon, and wielder. This is further reinforced by action-packed scenes and detailed battles. Most of the scenes take place in soul society and others in karakura town which adds to one’s curiosity about what the next scene holds and entails.

Unlike most, I watched bleach much later, having seen other adventure and supernatural anime like D gray man and the likewise popular Naruto, I was expecting more of the same. But bleach was quite unique in its presentation. Although the overall theme of “striving to protect my friends” and basic “damsel in distress” seemed to be overused in the latter part of the series, it still made a solid watch, imposing real-life lessons and heartwarming scenes. So yeah, the first arc and a few episodes after would keep you on your seats wanting more, but it tends to have some pretty lame and paltry moments beyond those. I’ve seen the “bad guy pretending to be one of the good guys” angle in more than enough shonen anime and it makes the story rather bland centering the main antagonist around this fact. Still the scenes, despite one almost guessing what might happen next, are still fun to watch as the characters struggle to overcome the insurmountable odds pitted against them.

Bleach had several filler arcs that are not part of the main story and plot and which the majority find unnecessary. While true it doesn’t support the storyline, I believe those arcs where fun to watch and they added a bit of texture to the bleach universe.

Is the fact that the majority of the male characters in the anime don’t seem to be interested in romance (they might just be gay). There is no intermingling of triangular (or circular) love connections between characters. This doesn’t seem to be much of a problem, but one cannot deny that the occasional mingling of romance often give the screenplay a mild and silky flow and when pitted with the outlined sharp-edged battles and action always induces mellow and mental salivation for suspense. This downside when coupled with the lack of fluid suspense and cliché DID (Damsel or other In Distress) scenarios, makes the show feel chopped in energy after the soul society arc. The power-ups, uniqueness of abilities and occasional comic relief make the series quite bearable though. 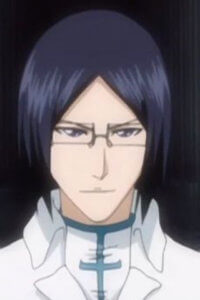 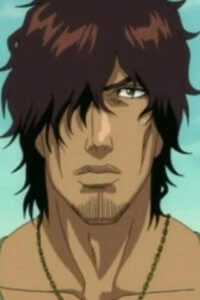 Ichigo, the main and primary protagonist meets and interacts with various characters in the course of his journey and adventures through the soul society and away. He develops bonds with them and gets to explore the limits of his abilities as a soul reaper. Characters like his friends and classmates, and the captains and squad members of the thirteen soul reaper squads in soul society (the Gotei thirteen). Orihime Inoue, a long-time classmate of Ichigo and a close friend who falls in love with him. ( yes, falls in love, just that alone. the romance, unfortunately, lacks depth). Inoue is a rather kind character and really holds her friends in high regard, inspired by Ichigo’s selfless attitude. She develops spiritual powers and helps Ichigo in his adventures. She protects her friends and her abilities her specifically useful in healing and defense.

Yastora “Chad” Sado, a mixed Japanese/Mexican student who is also a close friend of Ichigo. He’s highly loyal to his friends and despite his towering physique possesses a calm and gentle nature. He avoids fights unless absolutely necessary or for the sake of those he cares about. He discovers his latent spiritual abilities when he tried to save Ichigo’s sister, Kurosaki Karin. His abilities strengthen and amours his right hand. Which he improves as the story progresses and becomes somewhat valuable support.

Uryu Ishida, another of Ichigo’s classmates, a Quincy; a priest-like hollow exterminating archer, armed with a bow and arrow composed of spirit particles known as “reishi”. Due to a personal grudge against and a historical enmity with soul reapers, he had a rocky start with Ichigo and is somewhat introduced as a mild antagonist for a brief period. Although he got to befriend Ichigo after a certain incident when they were outnumbered by hollows. They worked together and later developed to the point where they fight side by side as allies and friends.

Kuchiki Rukia, the first female lead protagonist before Orihime Inoue, a shinigami assigned to exterminate hollows in Kamakura town, where she encountered Ichigo and transferred her abilities to him when she was unable to continue her duties as a shinigami. This led her to face punishment with the soul society. Freed by Ichigo and his friends from the punishment of soul society. They still had various adventures and moments together aiding Ichigo and his friends in one way or another.

Other characters, like the captains and vice-captains of each of the thirteen squads, Ichigo’s classmates (supporting) also crossed parts with the main characters, all in all swirling into a web of Dramatic and captivating scenery,  each having their decisive, comedic moments, laughs and near-tragic moments. Yes! Near tragic moments, which is another minus in the show. Although it’s true we get attached to our “good guy” and we don’t want to see them kiss the dust, one can also not fail to acknowledge the fact that the feelings of loss and tragedy induces empathy and helps us connect and resonate more with the characters, bleach seemed to stubbornly and strictly keep all the good guys alive. Although this seems like a good thing, and it might have been if the characters were well developed and their personalities were acutely engraved with growth, but despite having a really large arsenal of characters, the series fails to develop them. The numerous characters were not given enough screen time for development.

The character development is pretty shallow. The characters seemed only to care about fighting, fighting, fighting and apparently, yeah more fighting. All that was given any rise in development were their power levels. Honestly, that’s another thing I find ridiculous about bleach, the monotonous skill/power development routine. It’s the standard cliché progression. Guy gets abilities, someone gets kidnapped or is in trouble, guy fights (and fights and fights), the guy almost loses, remembers all his fighting for and the love of his friends, the guy gets an insane unexplainable power boost. Guy wins. Really, the roundabout way of skill graduation without much development in character personalization might be downright discouraging in some episodes as one would know where the plot would bend right and where it’ll just take a sharp turn for the worse.

Although if you’re the type that likes your main characters always coming back strong with a sure win and a big attitude. Then bleach is offering it on a platter.

The animation, I won’t say is incredible, but it’s quite good for its time, Pierrot animation studio having done great animations like black clover, Tokyo ghoul and others

Although the art style isn’t all too sophisticated, it’s done well enough to enjoy the fight and battle scenes, even though it appears slightly stoic a few times. It might not possess really detailed and coordinated camera angles and animation serenity as a newer anime, but it’ll still resonate with you and you can feel the fervor and vigor distributed on screen in a brilliant show of clash of swords and power beams.

As bad as the plot progression and shallow character development seemed to go, the musical incorporation and distribution are one of the stable things about bleach. Action-packed scenes and battles were supported with dramatic themes and inviting scores that seem to blend into the moment. It makes the battle scene, comedic actions seem much more pleasing and one just seem to seat at the edge soaked in a mixture of onscreen colorful display and it just most nearly reduces the insignificance of the plot and character development as one constantly looks forward to the battle and comedic scenes which seem to flow with the characters and sway you into the midst of the action.

Really, I enjoyed Bleach, but it looks too straightforward and lacks depth and twisting corners of the suspenseful packed plot. The plot is too easy to follow which makes the really lengthy episodes of 366 stretched more than necessary, hence I’d give it an overall rating of 6/10.

Even as though the plot development and character growth are quite shallow, it still makes a decent watch. That is, if you’re looking for an anime to get introduced into the animeverse without much depth, a lot of battle scenes and immense power-ups, then bleach is the one for you.