Various anime characters have different skills that we’ve seen obviously but then swords are still really cool so for this post we’re going to talk about sword users and the best ones we’ve seen in terms of wielder skill and then just how awesome the sword itself really is so here it goes: 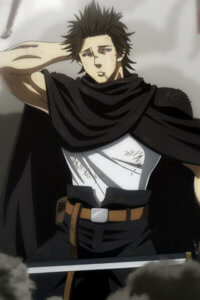 For a big scary looking guy Yami is even scarier when it comes to actual fights, he uses a traditional Japanese sword called a Katana but he supplements his skills with magic adding the dark arts to it so he is just really one scary dude. In terms of sheer power, he sure is crazy but factor in his meticulously trained skill with a sword and he becomes a monster with the ability to actually cut through dimensions so yeah, he’s definitely on the list of awesome sword users. 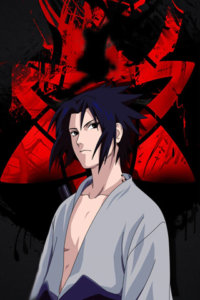 Naruto is a really popular anime so it wouldn’t be so surprising if you already knew about this character, Sasuke is one of the characters that falls into the category of geniuses right from a early stage he already showed proficiency in most skills and things he tried so it just goes on to show how amazing it was when he started using a sword and even improved on some of his skills with that also one of which was the improved Chidori, his way of using it so the skill has more reach and accuracy with a sword is just scary so as far as sword uses go, he’s up there with the best of them. 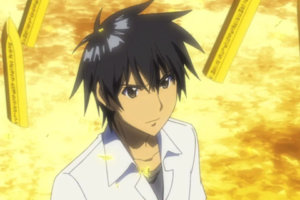 For a man that claims to be a pacifist, our protagonist is surprisingly assertive when it comes to battle strategies and just sheer luck which helps him steal a golden sword from an oriental god of war and kills him with it to make him a king of the world, in other words, a Campione. The sword has the ability to cut through any god’s divinity to make them as vulnerable as mortals but the really cool thing about this golden sword is its ability to adapt and change shape according to how well he understands his enemy to take them down efficiently, so I guess knowledge really is power in his case. 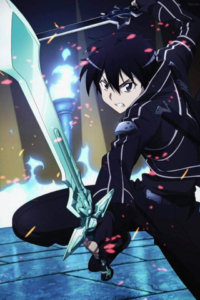 SAO is an anime that is all about gaming, it starts with a new game called sword art online being released that involves a virtual dive into the game called fill-dive, this technology revolutionizes the gaming world as people are now able to completely immerse themselves in games that obviously escape from reality but things take a rather dramatic turn as the creator of the game takes away the log out option so people are left trapped in the game and where death in the game means death in real life. But our MC here manages to use his skills and his awesome reaction time to survive in this new reality and unlock the dual-wield skill which is just amazing and also really what earns the right to be on this list. 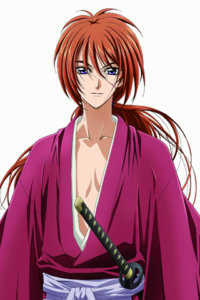 Samurai X is definitely one of the must-see anime series if you’re a big fan of anime and you’re into action and romance type series. When a former assassin turns into a protector of the people while promising to never take another life again it becomes a classic anime, although the anime is from a while back, the sword fights are pretty top-notch so it gives the anime a whole particular interesting vibe not to mention the romance scenes attached to it all in all it makes for a pretty good time. 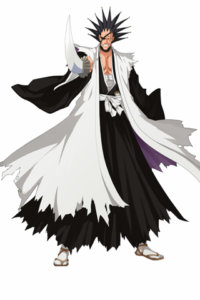 Bleach is one of the most popular anime till date and its for good reason, asides from having a pretty sweet storyline that gets more interesting and complicated as it goes on the anime series also has a very good characters that were really well thought out and developed one of which is this guy, Kenpachi who is a captain of a Shinigami squad but doesn’t have a bank which means without using any significant power upon his sword at all he’s already a monster on his own but he still goes on to have an ace up his sleeve, his locked away reitsu which he doesn’t use in order to make the battle a little more fair to his opponent, just wow! Kenpachi is definitely hands down one of the best sword users and this is even when his potential is still pretty much untapped so he still has a long way to go. 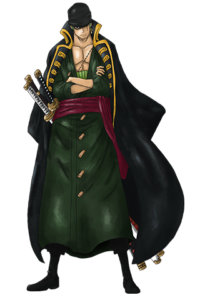 One piece is also another classic anime that is definitely up there with the most popular ones like Naruto and FMA but the particular character we’re looking at among all the oh so talented ones in this anime is Roronoa Zoro who is the vice-captain of the Strawhat Pirates and has an exceptionally terrible sense of direction but is just an absolute badass when it comes to swordsmanship, so badass he uses three swords and yes the third sword goes in his mouth, the journey from his beginning to his current state is also very fun to watch he also brings an originality to the concept of swordsmen that is just unique in his own way so he is hands down one of the bests sword users in anime. 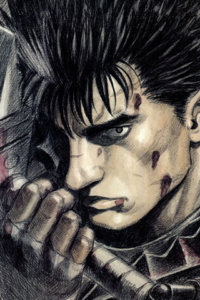 Now if you’ve seen this anime you’ll realize that a lot of recent anime usually have ideas from Berserk its that good a series and its protagonist Gust is an amazing character who really personifies his name Guts, he rises to any challenge and absolutely manages to break through with his absolutely brutal sword skills and his sword if you can even call it a proper sword but still he manages to defeat any enemy be it man, demon or god there is just a strength that his character manages to portray sort of the idea of macho absolutely perfect machismo so yeah he’s definitely a major character that deserves to be called on of the best swordsmen.