ANIME PROTAGONISTS THAT REALLY STAND OUT

Generally, most writers try to make their protagonists really unique in one type of way but some just tend to stand out so much more, here are some of the ones we really like: –

In a world where fantasy monsters like vampires and other creatures are considered a threat a man-made island made for them to live separate from the normal world there we have our protagonist Kojou, who is the thought to be a myth, the fourth progenitor vampire the anime goes on to show how his life changed and his various challenges with his new position but he just really stands out as a protagonist. 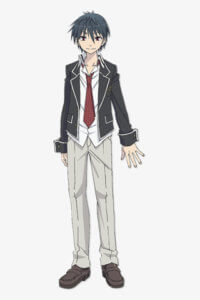 This is a magic genre anime where strange things like breakdown phenomena’s occur due to strong magic, our protagonist here had his whole world changed in a minute but he managed to bounce back and become completely assertive and therefore really stands out as the main character, also since it’s a harem type anime too it really helps how assertive he is as opposed to oblivious protagonists. 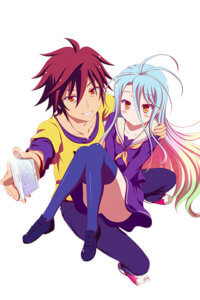 The protagonists in this particular anime series have a very unique relationship so far as pseudo siblings go, for the better half it wasn’t so obvious that they weren’t even blood related but then that’s just part of what makes them even so much more interesting as MC’s, also as a semi-harem anime the heroine(s) just help to make the protagonist so much more interesting. 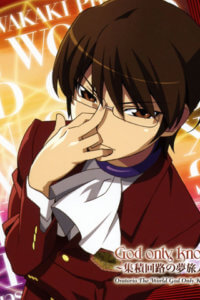 Living in the 2D world isn’t easy when you have to actually live in the 3D world as our main character here shows us just how lacking 3D girls are when it comes to romance. In this anime the protagonist takes on the role of a relationship experts from his vast expertise in conquering 2D girls so what is he to do when he is approached by a demon from hell (Don’t worry it’s the good kind of demon), he has to start conquering real 3D girls in order to fill up their hearts with love and chase out the demons there and he really steps up to the job for someone who claims to want to have nothing to do with 3D girls so he definitely makes a very awesome MC. 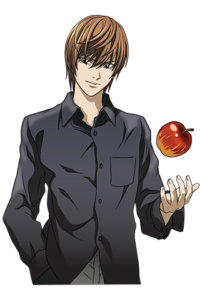 Deathnote is one of the most interesting anime ever because of its controversial take on the concept of murder and capital punishment, here the protagonist is a high school boy that gets his hands on a very powerful tool and has interesting ideas on how to use it so he sort of takes on the role of a bad guy and then the antagonist here is from the side of the law who tries to stop the MC so since the protagonist and antagonist switch roles as opposed to normal concepts which just makes the MC just stands out so much more. 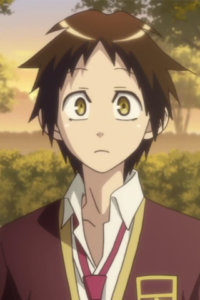 This is a very interesting anime in both the areas of romantic comedy and the vampire aspect, our protagonist here has a certain disability or ability depending on your perspective and that is, he cannot lie and ergo cannot keep a secret which is not the best thing when it turns that his crush is, in fact, an actual real-life vampire but not the type that goes around sucking blood cause she’s not that type of girl(LOL!) but then as he promises to keep this one secret because she would have to leave the school if she is found out it just makes for a rather interesting series also with all the other creatures that appear throughout the series it shows a very interesting MC. 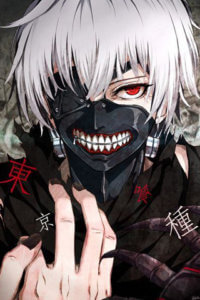 Tokyo Ghoul is a very popular anime and it’s mostly due to the protagonist of the series, Kaneki. In a world populated with ghouls that feed on humans he has an unfortunate “accident” after a run-in with a ghoul and ended up as part ghoul part human, he then has to re-adjust to his new life as a one-eyed ghoul which proves to be very difficult but then also ends up getting brutally tortured till he has a mental breakdown or elevation also based on your perspective that ends up changing his entire personality and this happens a few more times. The changes in the MC throughout the series just makes him a very unique character. 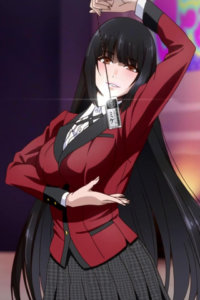 In terms of anime, in general, this is already a very unique one, set in a school where gambling prowess is the single most important thing and even losing a match can set you to the position of slave in the school our MC here is an enigma transfer student that just simply enjoys the thrill of gambling and its’s risks  her presence in the school from her very first day sends the school in an uproar with her unique style of gambling and her sheer audacity itself. The take on a gambling addict that makes the most of every situation makes for just a very awesome protagonist. 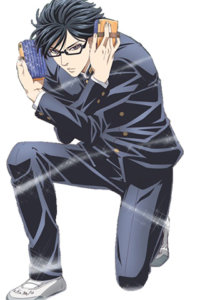 Anyone who has seen a fair amount of cool characters but the protagonist in this anime redefines the term cool, nearing perfection the MC Sakamoto, is proficient in all areas he has tried as he completes every task with complete perfection and precision. Set in a high school the MC has different challenges every day but he somehow manages to go about each one with just absolute flawlessness it really is not put down well in words but this protagonist sparkles.